In 2012, he released The Melty Misfits, his homage to the iconic Garbage Pail Kids trading cards. Buff Monster has claimed pink as a color of power, and he cites heavy metal music, ice cream and Japanese Culture as major influences. His work, including large installations, has been shown in galleries and included in museum collections worldwide. His art has been published in a variety of magazines, websites, newspapers and books, including Juxtapoz, Paper, Nylon, Cool Hunting, Angeleno, The Los Angeles Times, LA Weekly, The New York Times, and many more. In 2012, after 15 years living and working in Hollywood, Buff Monster moved to New York City.

Find out more at www.buffmonster.com 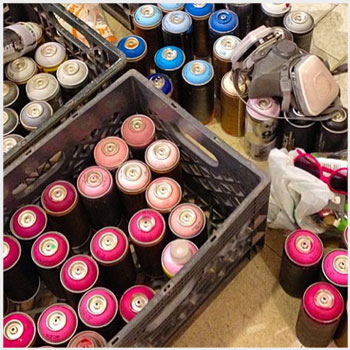