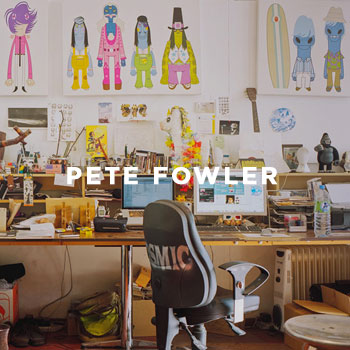 Pete Fowler is a Welsh artist known for his Monsterism series of designer toys and artwork for the band Super Furry Animals. His postmodern cartoon style and central narrative are inspired by animals, music, folklore, myths, psychedelia and nature. Fowler is prolific and diverse, making work in mediums including painting, music, illustration, toy design, cross-stitch embroidery and more.

Fowler shows his original art nationally and internationally in solo and group exhibitions. He has also worked on a number of advertising campaigns and animation projects in the UK and Japan. When he’s not immersing himself in the visual arts, Fowler can be found recording music as one half of The Seahawks, as well as regularly DJing around the UK.

Find out more at www.monsterism.net 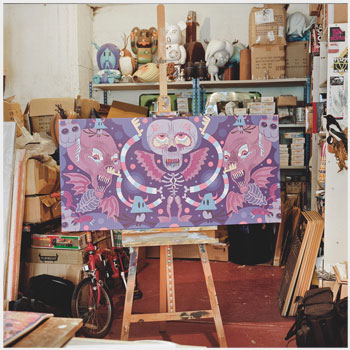